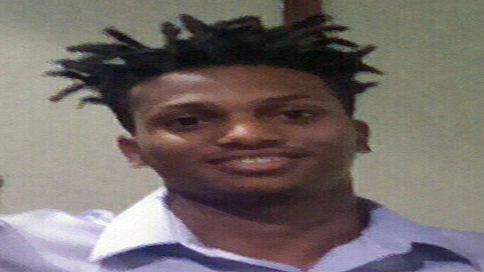 Posted at 17:24h in Success Story by Charlotte Works Staff

Tyrail Commodore was a high school senior when he got involved in Youth Works under the direction of Goodwill Industries of the Southern Piedmont’s CLAY (Career Leadership Academy for Youth) program. Upon graduating from Phillip O. Berry Academy of Technology, he obtained his Career Readiness Certificate (CRC) and continued his job preparation as a Workforce Investment Act (WIA) work experience participant in the Resource Center at the NCWorks Career Center – W. Morehead Street in spring/summer 2014

Commodore found great value in exposure to a business atmosphere. “I learned how a professional environment operates on a daily basis,” he says. “Also, I learned how to have patience when working with clients and how to communicate better. I definitely sharpened my soft skills.”

He started a full-time job as a mail machine operator at Banc Tec Business Process Outsourcing in mid-December. “I got this job thanks to the training I received at Charlotte Works. The staff have a passion for helping people and there are a bunch of free resources to take advantage of,” says Commodore. “Plus, the hiring manager at my new job used to volunteer at Charlotte Works; he was excited to hire me!”

When she lost her job in May of 2012, Roxanne DeShong wasted no time in filling up those extra hours. She completed her master’s degree in medical informatics and held several part-time and temporary positions while using the resources at Charlotte Works to develop her resume and sharpen her job-seeking skills: DeShong attended workshops and information sessions, met for one-on-one guidance with coaches and volunteers and used the Resource Center’s computers and duplication services at the NCWorks Career Center – W. Morehead Street.

She’s grateful for the advice, support and sense of community she found at Charlotte Works. “It’s a wonderful place with great services and people, as well as to opportunity to learn, grow and most importantly, network. I met one of my best friends at Charlotte Works!”

DeShong landed a position as a title reimbursement counselor and benefit verification specialist with the Lash Group/AmerisourceBergen on Nov. 3.

It took Alisa Kennedy some weeks to find her way to an NCWorks Career Center after losing her job, but when she did walk through the door of the W. Morehead Street location, she made up for lost time by taking full advantage of the resources available. She attended numerous workshops such as “Intro to NCWorks,” “Interview Strategies,” “Elevator Speech” and “What I Would Do to Find a Job,” and scheduled one-on-one resume and career coaching sessions with the Center’s volunteers.

And she worked closely with Career Coach Anastasia Knight, who assisted her with resume development, interviewing skills and general job-search guidance.

Kennedy also volunteered at Community Link, a local organization dedicated to helping citizens obtain and sustain affordable housing. When a position in her field of social work opened up there, Kennedy applied for and landed the job. She started on Jan. 16.

“I truly appreciated the assistance from every resume and job coach,” Kennedy says. “The services I received at Charlotte Works were extremely beneficial. I can honestly say I would not have secured my current job without the assistance of the staff and volunteers.”

Juan Lewis had been unemployed for more than three years when he came to the NCWorks Career Center – W. Morehead Street in September 2014. He wanted to become a truck driver and had been referred to the WIA program as a way to fund the training he needed.

He got into truck-driving school and quickly landed a job with Right Way Transportation. “I’m happily working for Right Way,” he says, “and I thank everyone at Charlotte Works for their help and support. The most important thing folks need to understand about Charlotte Works is that they can and will help!”