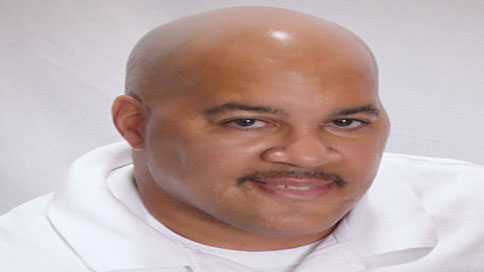 Posted at 18:31h in Success Story by Charlotte Works Staff

Charlotte Works congratulates the following clients who’ve landed positions since the start of 2014:

Mark Black serves as an information security incident analyst with Vanguard (a contract position through Randstad); he started around Feb. 17.

Black and his family moved to Charlotte from Virginia Beach, Va., in April 2013 when he accepted a position with a local company that unexpectedly ended in December.

He filed for unemployment benefits and found information about Charlotte Works while browsing NCWorks Online. He visited the EEC the next day and was “welcomed with open arms.”

From there, he was off and running! During his two months here, Mark attended orientation sessions for both Workforce Investment Act (WIA) training types (Classroom and On-The-Job), the elevator speech workshop and Interview Boot Camp. He also worked one-on-one with Senior Career Coach Daena Spencer.

“You have to be willing to put forth the effort seeking everything being offered in order to succeed in your career-seeking quest,” says Black. “In addition, folks have to be open to actively receive all of the information being provided, participate in preparation activities, practice what you have learned and create a plan.”

John Dickinson began work as a communications consultant for Wells Fargo on Feb. 3.

He describes himself as underemployed “since the market corrected in 2008” and looking for work full-time since April 2013. His previous position was with a small start-up software company that didn’t weather the Great Recession.

Dickinson came to Charlotte Works in May 2013 and attended “workshops on everything you can think of.” He took advantage of coaching for his resume, LinkedIn and general career game plan; joined a job-search team; and received WIA training funds for the Learning and Development program at UNC Charlotte.

“Charlotte Works does a great job of both equipping people to develop and execute a successful job search and of providing a supportive place to go to get out of the house and focus on the tasks at hand,” Dickinson says.

She and her children moved to Charlotte nearly four years ago; she came to us in late September 2013 by referral from a friend who is a client, at a time when her motivation was fading as jobs as a freelance sign language interpreter dried up.

Edwards immediately connected with Spencer, who navigated her through NCWorks Online, helped her assess her goals and create a plan and registered her for several workshops.

“I would come into Charlotte Works once or twice a week to use the stations to search for jobs, even when I felt like staying home. The environment really helped during this season I was in – my turtle phase,” says Edwards. “The friendly faces, clean environment, coffee, even the privacy each person receives in their station kept my spirits up and the feeling of productivity.”

She also enrolled part-time in Central Piedmont Community College (CPCC)’s sign language interpreter training program. “I am so relieved to be back in school, which is allowing me to a secure long-term goal a career! I feel a boulder has been lifted off my shoulders!”

She came to Charlotte Works in July 2011 after being laid off from her human resources position with Charlotte-Mecklenburg Schools. She took multiple workshops, volunteered nearly 15 hours a week, became active in our Toastmaster’s chapter and used WIA funds to earn a human resources certificate from Central Piedmont Community College.

“Charlotte Works is a great resource and support for individuals in transition. The organization offers opportunities to educate, reflect, re-brand and plan for your success,” Hairston says. “Today, the words ‘change’ and ‘transition’ are commanding everyone’s attention. Charlotte Work helps clients create a plan that re-energizes your talents, provides solutions for areas of improvement and showcases the importance of wellness, helping you write your own success story.”

Janice Hobbs first came to Charlotte Works in 2011 when she was laid off from Wells Fargo. She attended multiple workshops and “learned more about how to better search for jobs, how to network with people, what key words to look for and add them to my resume to make it stand out against other candidates,” she says.

She landed a contract position as a command center technical professional at a Merck facility through Pinnacle Technical Resources in May 2012. That contract lasted until October 2013. When it ended she found herself back at Charlotte Works, where she again attended workshops and participated in a job-search team.

Hobbs landed a six-month contract as a computer operator with Modis at Carolinas HealthCare and started in early February.

Mike Imbruglia ended four years of unemployment by landing a position as an event planner with Publix Supermarkets at its new Ballantyne store. His first day was Jan. 30.

He is a ProNet alum and long-time volunteer with Charlotte Works; he used all the services available, posted job openings on the ProNet website and LinkedIn pages and served as a resource center assistant.

“Both Jaslyn Roberts [career center director] and Spencer have provided me with techniques to support and encourage while staying positive during a long and grueling job search,” Imbruglia says. “Charlotte Works provides the necessary services, tools, personal encouragement and support to the employee during transition.”

Another dedicated volunteer, Paul Naso, landed a position as an account executive with Digital Intelligence Systems on Feb. 27.

He was unemployed for 18 months and came to Charlotte Works in November 2012. Naso participated in various workshops and offered mock interviews twice a month.

“Charlotte Works is a great place to land during the transitioning period of one’s career,” he says. “They have valuable resources to help with career- and life-coaching if you’re not sure what is next for you, personal marketing, job search training and much more –and all for free.”

Have you landed? We want to celebrate with you! Send us a quick email and we’ll be in touch soon!