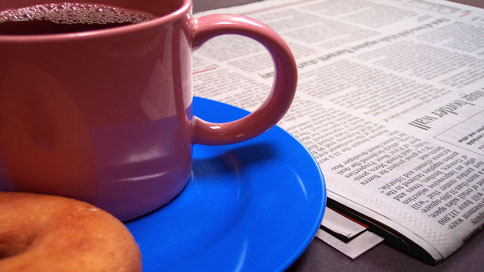 16 May News and notes

Posted at 14:54h in News by Charlotte Works Staff

It’s been a busy month since our last issue and we have lots of news and notes to share:

At its April meeting, Charlotte Works’ board of directors elected new officers.

We thank outgoing chairman Doug Rowe of Lend Lease for his years of service to the board.

Review the complete list of members of the board of directors.

Also at its April meeting, the board approved two new SNAP (Share Network Access Points) sites, bringing the total around Mecklenburg County to 30:

SNAP sites are collaborations with targeted area community partners to extend Charlotte Works’ resources within local neighborhoods and faith-based organizations so that communication, transportation and other barriers to employment are reduced or eliminated.

Check out the SNAP site nearest you.

Like the daffodils, media coverage of Charlotte Works sprung up all over the place in April and May! In case you missed some of it, here’s a round-up of our spring media blitz:

On April 4, WSOC-TV (Channel 9) ran a short segment about work-based learning with a teaser about the launch of the Youth Business Connector (YBC) on April 8.

Client Soledad Alvarado was so impressed with the services she received at Charlotte Works (including an On-The-Job Training Grant) that helped her to land a position within three months that she took her story to Spanish-language newspaper La Noticia, which published “Ofrecen ayuda gratuita para encontrar empleo” (page 14) on April 9.

TWC News was back at the EEC on April 10 to interview Sara Collins, director of communications, for a segment about the Charlotte Premium Outlets Job Fair on May 2.

Youth Works Director Danielle Frazier was a guest of TWC News anchor Rob Boisvert on his community service show, In Depth, on April 15 to discuss the YBC. If you’re a TWC subscriber, you can log in to the network’s website and watch the segment.

And coverage of the YBC continued on April 18, when Charlotte Works’ President and CEO Steve Partridge and Vice-Chair of the Board of Directors Mark Short penned a “Viewpoint” column on the importance of work-based learning published in the Charlotte Business Journal. If you or your company subscribes to the newspaper, you can read it in print or online.

Carolina Impact (WTVI-TV) devoted an entire show to the importance of STEM (science, technology, engineering and math) education on May 8, including profiles of area students who turned STEM-related interests and hobbies into lucrative careers. Partridge and Vann were interviewed. Watch the show.

Charlotte Works and the Centralina Workforce Development Board have teamed up with WTVI to produce a series of five videos spotlighting young professionals who work in the hottest in-demand sectors in the region.

Each video tells both the personal and professional stories of a young person in the early stages of career development. The workforce development boards and TV station worked with representatives at community colleges in the Charlotte region to identify current students and recent graduates to star in the series.

Charlotte Works’ Partridge hopes the videos will be powerful tools to introduce students and parents to the variety of viable educational options and career paths available today to fill the talent pipeline of tomorrow.

Stay tuned: we’ll let you know when the videos are available for viewing on our website; we anticipate posting them during the summer.