Posted at 09:39h in Data, Employers by Ryan Nelson

How Tipping Started and What It Looks Like in Mecklenburg County 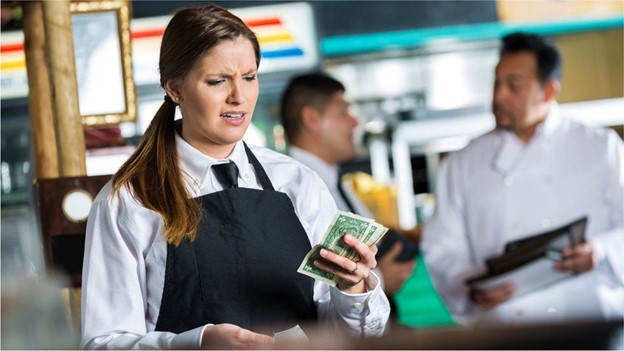 Tipping’s Past Built Upon Class and Race

Many have heard the popular myth claiming that a “TIP” is pay customers would give workers “To Insure Promptness”. The truth behind the rise of tipping in America is less appealing. It is believed to have come from the medieval European caste system where servants would receive extra pay from their masters for doing a great job on a task. In the mid-1800s, Americans attempted to bring this tradition back after trips to Europe, but it was ultimately unpopular due to its classist nature. This same anti-tipping mindset eventually made its way across the ocean, which mostly led to the end of the serfdom tradition in Europe.

So, what caused the eventual rise in popularity in America? It wasn’t until after the passing of the 14th and 15th amendments and the increase of Black people in the labor force that tipping in America started to become popular. Business owners didn’t want to pay Black workers and realized they could get around this by having them receive tips. Many Black people were able to get jobs in the food service industry which is likely why this industry relies so heavily on tips today. 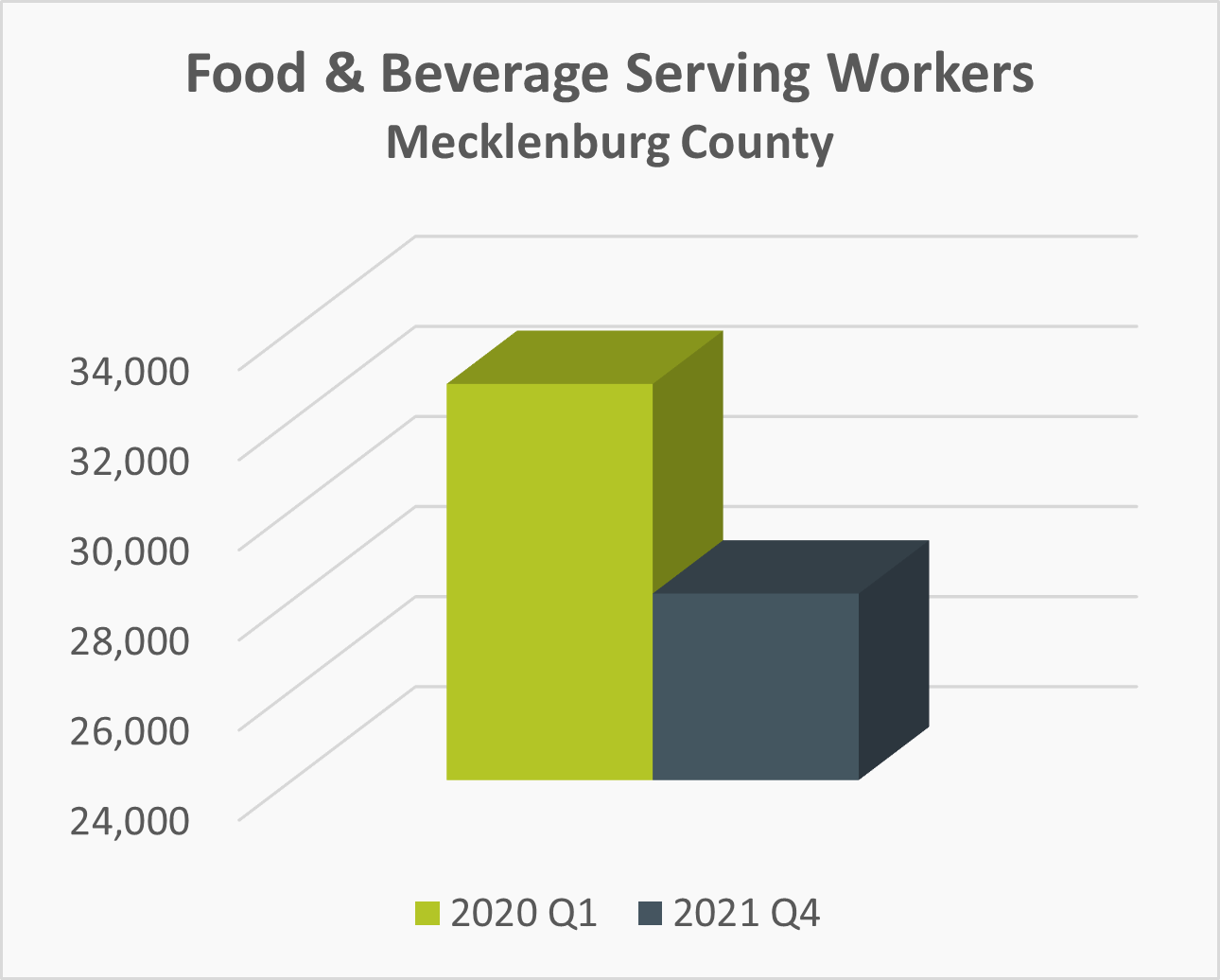 As of the fourth quarter of 2021, Mecklenburg County had 28,142* food and beverage serving workers. This is down 14.2% since the start of the pandemic. The mean annual wages of food and beverage serving workers is $25,500, which is $33,900 less than the $59,400 mean annual wages for all workers in Mecklenburg County. Some notable demographics of this group are the fact that 53% are over 25 years old, 66% are female, and 64% have at least some level of a college education.

How Do Tipped Wages Look Today?

Currently, in 46 states, business owners pay tipped workers less than minimum wage. Of these, 29 pay higher than $2.13/hour but, less than minimum wage. 17 states only pay $2.13/hour. Many restaurants also require tipped workers to share their tips with other employees such as bussers, bartenders, and hosts/hostesses. Some restaurants automatically take a set percentage out of tips, and some leave it up to the discretion of the server. A previous plan passed federally opened the possibility that business owners could use workers’ tips to pay even more employees. This plan was expected to hurt tipped workers with it estimated to take over $700 million annually from their wages. Some of these impactful policies were recently reversed before they were set to take effect.

The Economic Policy Institute has shown that the poverty rate among restaurant workers is almost 1.8 times higher in 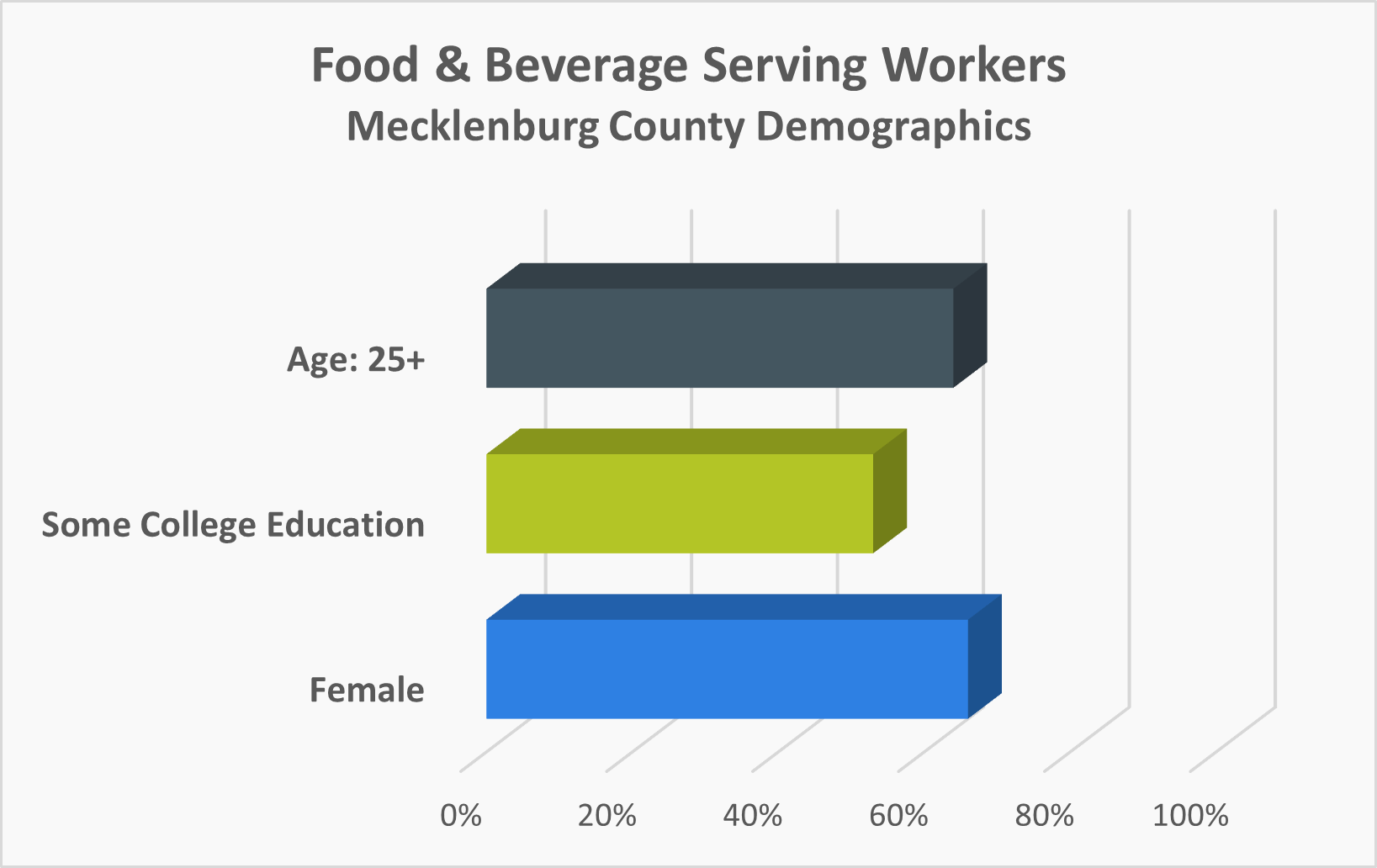 Time for a Change?

In an industry with employment numbers well below pre-pandemic levels in a market that’s surpassed its pre-pandemic employment level, it may be time to rethink how things are done. As the potential talent pool shrinks, will the expectation of making almost 36% less than what’s considered a living wage be able to get people back to this struggling sector? If you’re still experiencing a labor shortage, a compensation change that relies less on tips could be what’s needed to attract workers to your business.

If you’re struggling to attract and retain talent, we can help. Please visit our website for more information.