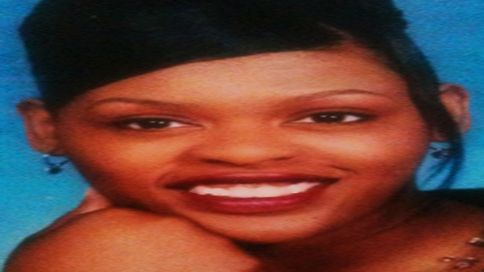 Posted at 14:44h in Success Story by Charlotte Works Staff

Sometimes education can be too much of a good thing.

Just ask Dynisha Faust, who, with two master’s degrees, found herself in the strange position of being both over- and under-qualified for positions in her field of information technology (IT).

“In IT, they prefer you to have certifications, advanced technical skills and hands-on experience instead of just higher degrees,” she says. So through the Workforce Investment Act (WIA) Classroom Training program, she’s pursuing an associate’s degree in Internet technologies at Central Piedmont Community College (CPCC) to supplement her master’s degrees in technology management and information systems with advanced, current technical skills.

“I got tired of hearing after three or four interviews that I’m over-qualified, but under-qualified at the same time for other positions,” Faust says. “Even though I have these degrees, I’m pursuing the associate’s degree in a field that’s an extension of my first degree. Companies now want you to have a lot more technical knowledge and that’s what I’m getting at CPCC. The majority of systems and applications at my old job were developed by the company in-house, which limited my technical growth.”

Faust was unemployed for just over two years after her position as campus IT specialist with Apollo Group, owner of University of Phoenix, was outsourced.

She learned about Charlotte Works at a special orientation hosted by the former Employment Securities Commission to introduce unemployed workers to additional community resources. Information about WIA training funds was included in the session, and Faust was directed to Charlotte Works for details.

Faust attended workshops, joined a job-search team and volunteered as a resource assistant while waiting to be admitted to the WIA Classroom Training program, where she’s working closely with Training Coordinator Anastasia Knight.

She began working on the CPCC degree in January.

“It really did open up doors for me,” says Faust, “because on paper, I actually fit the requirements for an adjunct teaching position [at CPCC].”

Her instructor shared names and contact information when she expressed an interest in teaching; after passing one of her computer classes with an A, she was offered the position to teach it herself.

Then, last semester, while working in a lab between classes, Faust met a lab assistant who, while working at CPCC, attends Rowan-Cabarrus Community College (RCCC). The assistant forwarded her resume to the chair of that school’s IT department. Following a classroom presentation, RCCC hired Faust as adjunct faculty to teach two classes.

“It’s all about networking, but unless you network with the right person, it doesn’t help!” she says.

When she completes her degree at the end of December 2014, Faust hopes to parlay her adjunct experience teaching two classes at both community colleges into a full-time faculty position.

“I really want to stick with teaching. I enjoy it and I’m learning from it,” she says.

Faust spreads the message about Charlotte Works. “It’s not just WIA – it’s a great place to network and meet people and gain soft skills,” notes Faust. “If you’re trying to get into the WIA program, while you’re waiting is a good time to take a resume class or join a job team, because if you get into school, you may not have the time later to get this good foundation. Get involved and use all these free services that you can!”