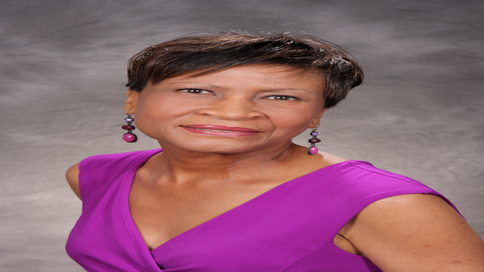 Six months after global repositioning eliminated her big-data job in her home state of Michigan, Naomi Alexander headed for the greener pastures of Charlotte, N.C. In January 2015, shortly after relocating, she made her first visit to the NCWorks Career Center – W. Morehead St.

“I went through the orientation and then through the WIA application process,” Alexander says. “I set up my NCWorks Online account and sometimes I used the computers in the Resource Center.”

Alexander also made use of the Career Centers’ most valuable resource: the staff. At their first meeting, Career Coach Marlene Bishop determined that Naomi was eligible for the Workforce Investment Act (WIA) program and got her an appointment with Intake Specialist Claritza Abreu that same day. For the last step of the WIA process, Alexander met with Training Coordinator Pamela Jackson-Huffin.

“I knew that Naomi wouldn’t be unemployed for long,” Jackson-Huffin recalls. “She was articulate, informed and had a great attitude.”

And she was right! Alexander landed a job as service desk manager with HCL America before she could even begin her WIA training.

“The staff was so compassionate, knowledgeable, helpful and very encouraging to me. They provided me with programs, services and industry expertise that I was not aware of, all at a one-stop shop,” Alexander says. “And I must add that the ladies at the front desk of the W. Morehead St. location were just awesome!”

Brenda McMoore first learned of NCWorks Career Centers when the Rapid Response team was called in to help transition workers, including herself, who were affected by a Bank of America layoff in August 2014.

That’s when she attended an onsite information session facilitated by Senior Training Coordinator Jeanease Lucas and Career Coach Shemia Williams. “They were very professional and informative and motivated me to seek services through Charlotte Works*,” recalls McMoore.

Five days later, she had a one-on-one appointment with her career coach, Marlene Bishop. “This was my first experience with unemployment,” she says, “and Marlene guided me through the processes for a successful job search. She taught me not take anything personally that would diminish my belief in my skills and abilities.”

McMoore also attended workshops and volunteered at Charlotte Works as an orientation leader. “The opportunity to volunteer gave me a chance to speak with others in my situation and give back to the organization that was so helpful to me,” she says.

On March 10, McMoore started her new job as a housing counselor with the Neighborhood Assistance Corporation of America (NACA). She’s grateful not only for the services and support she received at Charlotte Works,* but for the opportunity to give back as well.

When his wife, Marlo, was compelled to relocate to Charlotte for work, Mike Short knew he was facing not only a major move, but a job-search as well. As part their moving process, Sealed Air, who Marlo works for, asked her to partner with Charlotte Works* on the issue of “trailing spouses,” the position Short now found himself in. At his wife’s behest, he contacted the NCWorks Career Center – W. Morehead St. during a visit in February 2015.

“I met with Beth [Lefevre, business services project manager] and Marlene [Bishop, career coach],” Short recounts, “and they provided some excellent feedback on my resume and some leads on companies I could research. They were both wonderful to work with – highly professional, personable, and genuinely interested in helping me.”

Coincidentally, he ultimately accepted a position with Sealed Air as a contract manufacturing manager and will be joining his wife and daughters in their new Charlotte home in June.

“I really enjoyed working with Beth and Marlene and felt great about visiting the office to better understand how Charlotte Works* serves the community,” Short says. “I’m confident the organization will be able to help many of the other spouses affected by Sealed Air’s move to Charlotte.”

Sign up for our newsletter to stay in the loop on local workforce initiatives!