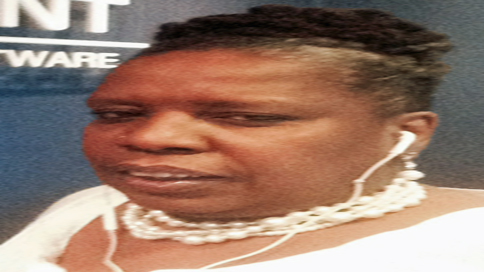 Posted at 22:20h in Success Story by Charlotte Works Staff

She became unemployed in February and came to Charlotte Works in mid-March. While here, she attended an On-The-Job Training (OJT) Grant information session and workshops on LinkedIn and mock interviews.

Brandon also joined Bob DeMers’ job-search team, was resume-coached by Howard Ross and met with Daena Spencer, senior career coach. She has nothing but praise for each of them:

“Bob and his job-search team [were] invaluable as I received the guidance and support needed to stay focused during my job search. I worked with Howard Ross once, but his expertise in resume writing was one of the tools needed to land that perfect job!” she says. “Daena assisted me in developing goals with the use of action plans. Her service, to me, was one of the most valuable services at Charlotte Works.”

She learned about us when she went to a N.C. Division of Workforce Solutions office to use the computers, and wishes more people knew about us. “Folks need to be aware that Charlotte Works is a one-stop resource for job-seekers where you can search for jobs, create resumes and find training and other educational opportunities in order to be successful in gaining employment. And for this I am truly grateful!” says Brandon.

Ondrea Dinkins returned to Bank of America as an assistant branch manager with Bank of America in Atlanta, Ga., after being laid off from another position with the bank in August.

“Charlotte works was then brought in and I was immediately involved with everything offered, utilizing all the resources with the help of Spencer. She was encouraging and a pleasure to work with,” says Dinkins, who was only unemployed for one month! “To anyone faced with the same circumstances, stay focused, be determined and remain positive.”

Although she doesn’t directly attribute landing a position as a high-school strategic marketing teacher at Charlotte-Mecklenburg Schools to Charlotte Works, Carolyn Higgins is almost gushing in her praise of our services and team.

“Just being a part of a nurturing, encouraging support team kept me afloat,” she says. “My most positive encounters were with [Training Coordinator] Jeanease Lucas, both in her training overview to all, and in her one-on-ones through the WIA process. She always expressed belief in my ability to land a job quickly. Never, ever underestimate the value of kind words, follow-through and even professional body language she conveyed.

“When [Career Coach] Anastasia Knight came on the scene, she was the angel sent with wings to cover me during what would become my last steps before employment. Her probing, thought-provoking questions, role-playing and dissecting of my resume were very beneficial,” Higgins continues. “In addition, she introduced me to a new technology that added value to my skill set. Most importantly, she ‘got me’ and I knew she sincerely had my interest at heart. Very professional, but personable. I was inspired and that translated to a fresh round of confidence.”

She came to Charlotte Works in April; she was unemployed for more than seven months.

Volunteer Orientation Leader Doug Pashoian had to give up his post in late September as he ended 10 months of unemployment and began a new career as a business manager of private brands at Family Dollar.
He joined us in March and participated in workshops, career coaching and a job-search team. “Howard was very instrumental in giving me support and advice not only in my job search, but in personal matters that arose during my search,” says Pashoian. “He was always a source of wisdom and knowledge, with a ‘don’t accept no’ approach. He challenged me to take risks along the way and encouraged me to do things differently.”

He also credits the workshops he attended with his ultimate job-search success. “These help de-mystify the search process, prepare you with the knowledge to put together a good search plan and give you the tools to work your plan.”

She moved to Charlotte from Rochester, Minn., in mid-July and was unemployed for eight weeks. She registered at Goodwill Industries of the Southern Piedmont and was referred to Charlotte Works. “When I came into Charlotte Works I was greeted with professionalism along with friendliness. Everyone was kind, courteous and encouraging,” Nickelberry says. “The case managers went above and beyond to help me find employment. I was secure that I would get all the help I need.”

Through networking with Spencer and Youth Works Director Danielle Frazier, she connected with the folks at ResCare.

“I’m so grateful for all the assistance that Charlotte Works provided. I know I would have never been able to do it all on my own,” Nickelberry says. “Take advantage of all the services Charlotte Works has to offer and also build relationships with the awesome staff there. Networking is the key to success. Stay positive, and even the smallest steps will move you towards the goal of achieving employment.”

Jeffrey Wells moved to Charlotte in February 2013 and was underemployed in a series of part-time, low-wage positions before coming to Charlotte Works in November.

He attended workshops on resume development and creating an elevator speech. He also worked closely with a resume coach and with Career Coach Jeff Adams.

“Charlotte Works can teach you all the things you don’t realize you need to know about your job search and your resume,” Wells says. “So much information out there is outdated and inaccurate. Charlotte Works employs people formerly in HR [human resources] and recruiting positions who can explain exactly how an employee search is conducted from the employer side, and what you can do to make yourself look more desirable and irresistible to the employer.”

He landed a position as a call center customer service representative on Oct. 6.

He came to Charlotte Works in February after losing his previous mortgage position and was unemployed for nine months. He took numerous workshops and says he “learned equally from the … instructors as well as from my fellow job-seekers.”

Williams also “highly recommend[s] joining a job-search team, as this provided me the accountability and encouragement I needed. I shared with my job-search team the question asked the most, ‘How did you find your job?’ The irony is that a former coworker called me to interview for my position … It helped that he was the hiring manager.”

He’s complimentary of our staff and says he’s “grateful to Charlotte Works for their professionalism, dedication and setting an atmosphere of cooperation. The most important thing everyone needs to know about Charlotte Works is that they care, have a lot to offer and have a history of success.”

“As a new resident, I needed to do some heavy networking to find a job, as my contacts here were limited. I was able to meet with Rosanna Tsavdar, one of your resume coaches. She was instrumental in helping me make some changes in my resume formatting and the way the information was presented,” she says. “One of the key things I was reminded of is that a resume is a snapshot of qualifications relevant to a specific job. I also realized that the balance of skills and experience could be highlighted through social media [e.g., LinkedIn]. After I made the suggested changes, I received more job responses!”

She landed a position as director, campaign and project management marketing at Mood Media on Oct. 6.

“I do believe that Charlotte Works provides a very valuable service to job-seekers as well as for those who want to improve their skills,” says Zavorkas.