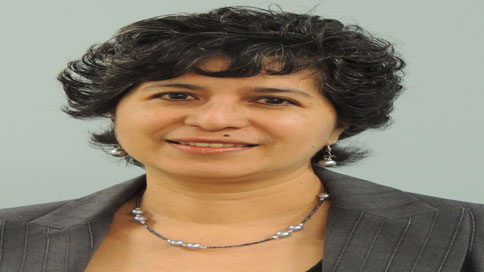 Posted at 15:08h in Success Story by Charlotte Works Staff

Soledad Alvarado was unemployed for less than three months and credits the “friendly people” at Charlotte Works for helping her find employment quickly.

Shortly after she lost her job in January 2014, Alvarado began attending workshops at the Employee Engagement Center and using the resource center’s computers to conduct online research while looking for a job.

The key turning point in landing employment was her enrollment in the On-the-Job Training (OJT) Grant program, through which she was hired in March as an insurance agent trainee with Carmen Turner Insurance Agency.

Through her OJT placement, Alvarado will pursue a license to become a property and casualty insurance broker. She says she is excited to learn new sales techniques and best practices for record keeping, putting her well on her path to a new career!

(Alvarado and Charlotte Works were featured in a recent issue of La Noticia.)

Nearly one year into his unemployment, Greg Morris turned to Charlotte Works for one-on-one guidance in his job search.

In addition to the personal coaching and advice he received for developing a search strategy, Morris found camaraderie among a network of other professionals who were experiencing the same stress and emotions in their own paths to employment.

“Charlotte Works provided me a location where I had the daily resources necessary for my search and for my personal well-being,” he says. “The environment at Charlotte Works would not let me give up, even when I thought I would.”

Morris volunteered with us by leading a workshop to share his professional experience in project management. He developed close friendships with fellow job-seekers and Charlotte Works’ staff.

Through perseverance and using the search strategy developed here, he landed a contract position as a facility manager with Nacco Material Handling Group in March 2014, ending nearly 27 months of unemployment.

Bernadette Scott came to Charlotte Works in June 2013 while she was still employed, seeking guidance for the next step in her career path.

Taking advantage of our workshops and one-on-one career coaching, Scott felt better prepared when she lost her job in early 2014.

Just six weeks into her unemployment, she was hired as a billing associate at WestMed Practice Partners. Scott says Charlotte Works was “a great source of tools and knowledge” in navigating her job search.

Have you landed? We want to celebrate with you! Send us a quick email and we’ll be in touch soon.