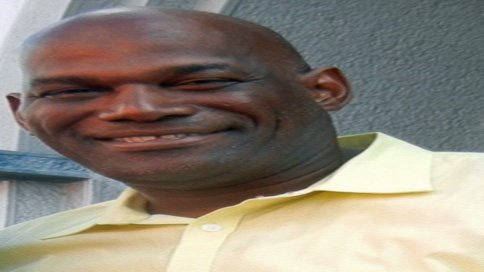 Posted at 21:25h in Success Story by Charlotte Works Staff

Garth David knew that leveraging networking opportunities would be a successful strategy during his job search.

“Everyone who I came in contact with inside and outside of NCWorks, I saw as a potential employer,” he says.

Shortly after being laid off from his position as a director of financial planning and analysis, David visited the NC Works Career Center at WMS around March 2013. There, he worked closely with a number of staff and volunteers including Daena Spencer, senior career coach, and Howard Ross, job-search team leader.

“I have learned a lot from the job-search team and various workshops, such as resume writing, staying positive and interviewing tips,” David adds. “I met some amazing people along the way. They have your back 100 percent and more.”

After two years of unemployment, he accepted a contracted position in April with Time Warner Cable (TWC) as a senior analyst. But the good news didn’t stop there: recently, he accepted a permanent position with TWC in the same role, which he began on June 15!

David’s advice to fellow job-seekers: “It’s very important to be committed to your professional and personal development. Also, you have to be patient with the process and know that you will eventually land. Everyone’s journey is different, but no more important than the next person.”

Stephanie Johnson had been unemployed for a year when a former co-worker encouraged her to visit the NCWorks Career Center at W. Morehead Street (WMS) in October 2014.

At orientation, she learned about eligibility for training through the Workforce Investment Act (WIA).

“NCWorks Career Centers really provide great resources and services that help during your job search,” she says. “Everyone is very knowledgeable and really wants to help you be successful.”

Johnson began her new position as a process design consultant with Bank of America in May.

Joseph Stewart learned about the NCWorks Career Center at WMS during previous job searches, but it wasn’t until April that he came in for a visit.

“I was unemployed for two months,” says Stewart. “I was amazed when I went there because there were so many services that I could use.”

Taking advantage of the Resource Center at WMS, he spent time posting his resume on NCWorks Online and applying for jobs. Additionally, he enrolled in free certificate courses on project management and Six Sigma offered on the website.

It was only a matter of time before his persistence was rewarded: on May 26, Stewart started a new position as the manager of ambulatory services at Carolinas HealthCare System’s Urgent Care facility in Ballantyne.

He says the most important thing job-seekers can do is explore NCWorks Online. “There are many options on the site and it can seem overwhelming, but take your time,” he says. “I still plan on using some of the tools to maintain my qualifications.”