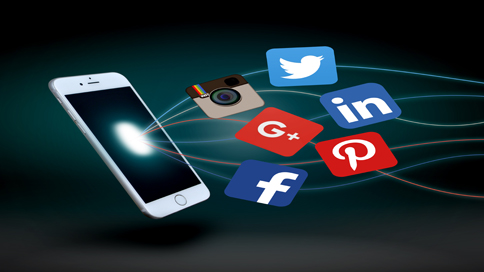 Posted at 17:28h in Careers by Charlotte Works Staff

Charlotte Works is pleased to bring back Workforce by the Numbers, our monthly look at the statistics and data that are shaping the workforce in the Charlotte region.

Gone are the days of cold-calling and filling out paper applications for employers. Just as the Internet revolutionized job-search and hiring processes in the 1990s, social media has transformed the way companies recruit. More than one in three American workers are millennials (ages 18 to 34); they’re using technology and social media more than ever in the job-search process. Recruiters are adapting their own techniques to find and attract the top talent of this social media-era workforce.

In 2010, 78 percent of companies used LinkedIn; this number jumped to 93 percent in 2012. Today, virtually all companies have a social media presence, and 92 percent of recruiters say they use social media in the hiring process.

Employers used LinkedIn most commonly to recruit for experienced professional, management and executive level jobs; they tapped traditional job-search boards such as CareerBuilder and Monster to advertise for hourly-wage positions.

Social media recruiting is popular in Charlotte as well. According to job-posting data source Wanted Analytics, 47 percent of new jobs across all industries advertised in the Charlotte region were posted on LinkedIn during the month of August. Even industries with historically traditional approaches to hiring are jumping on the social-media bandwagon: manufacturers posted 24 percent of their new jobs on LinkedIn in August, making it the most popular method to advertise.

Carolinas HealthCare System (CHS), the company with the most available new positions in the Charlotte region last month, advertises its social media platforms (LinkedIn, YouTube, Twitter and Facebook) on its career website. CHS also provides a social-matcher tool that pairs available positions with job-seekers based on the information contained in the applicants’ social media profiles.

Social media is also being used in ways other than for job searches. National trends indicate that 51 percent of job-seekers will share good hiring experiences, and 34 percent will share bad experiences, on social media. Websites such as Glassdoor allow job-seekers and current employees to share information about companies including the hiring process, salaries, company leadership and culture.

In the current technology age where information is instantly and readily available, social media has become an important and increasingly popular tool for job-seekers to apply for jobs, research companies and share their experiences.

The use of social media as a recruiting tool continues to rise; last year, 73 percent of recruiters say they would invest more in social media in 2015.

How are you using social media in your search? Let us know in the comments below!

Alex Cooley collects, analyzes and reports workforce data and monitors progress toward meeting performance outcomes. He most recently served as a production assistant at American Airlines, managing data projects for its maintenance facility. His background also includes census research, data collection and grant preparation. Cooley is a graduate of UNC Charlotte with a bachelor of arts degree in political science and criminal justice. He is currently pursuing his master’s degree in public administration and will graduate in December 2016.