Job-search success: Hard work? Coincidence? In this case, it’s both 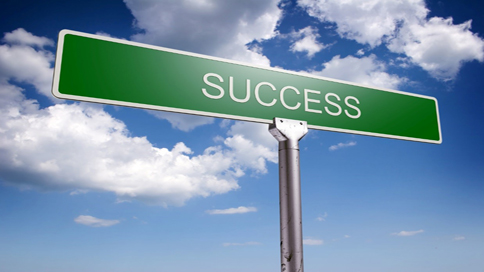 Posted at 18:36h in Success Story by Charlotte Works Staff

When clients share their success stories, a common theme is that those who land take full advantage of the variety of resources available at the NCWorks Career Centers. Sometimes, another emerging theme is simply the wonder of coincidence. This story of two clients who’ve recently landed illustrates both.

There’s no bigger life crisis than the death of a loved one, and as she attended a funeral, Sheryl Spangler saw an opportunity to use her training as a life coach to help comfort grieving families. Forest Lawn West Funeral and Cremation Service was looking to fill a sales position, and Spangler thought she would be a unique match. Last month, she began her new role as a family services counselor at Forest Lawn.

“I hate to say it, but if that poor woman hadn’t passed away, I’d still be looking for a job,” she says. “I think it was a meant-to-be kind of thing.”

Spangler wrestled with the decision to re-enter in the workforce, but the idea of having a stable income led her to begin her job search.

“Our family was missing a regular paycheck. My husband got laid off a year-and-a-half ago when his office closed,” she explains. “We tried to budget different things but it wasn’t working. We were getting deeper in debt, and we didn’t like that.”

In July, Spangler visited NCWorks Career Center – W. Morehead Street (WMS) for help revamping her resume. Although it was the first time she had attended a workshop as a client, Spangler’s relationship with the organization goes back to 2010, when she served as a job-search team leader and workshop facilitator.

“I’ve been involved here for a long time. We go all the way back to when it was [known as] ProNet,” she says. “It’s the only place I thought of during my job search when I needed professional development.”

In her new position, Spangler has the flexibility to continue leading the “DISC: Your Secret Interviewing Communication Weapon” workshop at WMS, where participants learn their communication styles and how to use them to peak advantage in job interviews.

This summer, job-seeker Violet Carter sat in one of Spangler’s DISC workshops. She enjoyed learning about the strengths and challenges of her reserved personality. “DISC helped me realize how I was presenting myself in interviews and how to be comfortable,” Carter says. “It’s so different when you’re on the other side of the table.”

Months earlier, she’d left her human resources position after working in manufacturing for 13 years. Her mother’s illness prompted Carter’s transition, but as things got better, Carter focused on her job search. In her previous role of onboarding new hires, she worked with several training coordinators at the NCWorks Career Centers, so she knew the benefits of being a client. She visited WMS and joined a job-search team. Carter credits volunteer team leader Bob DeMers for encouraging her to take time out of focusing on other people to turn her attention to herself.

“He helped me with not necessarily the tactical part of the job search, but more of the holistic parts, which are taking care of myself, building a support system, letting people know what you want and getting others to help you. It isn’t something that’s natural for me,” she says of DeMers.

Additionally, Carter found support in her team members who told her about job fairs at the NCWorks Career Center – Executive Center Drive (ECD) and insisted they attend together. They shared advice about resumes, workshops and the week-to-week challenges they faced during transition. She also networked with other human resources job-seekers in her job-search team at the Charlotte Area Society for Human Resource Management (SHRM).

Although Carter loved the manufacturing industry, she was interested in exploring other opportunities. She worked closely with Career Coach Anastasia Knight (ECD) to investigate different options.

“I was concerned that I would be limited in the number of industries that I could transition into. Anastasia helped to match me with some of the things I was interested in,” she says.

It wasn’t long before she started getting call-backs for interviews.

“About two months after my interviews, I had two job offers! One was with a manufacturing facility and the other was with the City of Concord. I love manufacturing, but I also realized I had an opportunity to develop some skills and gain some knowledge that I didn’t have before,” she explains.

In August, Carter began her new role as a human resources supervisor with the City of Concord.

“NCWorks Career Centers have tons of resources and they’re invaluable with plugging you into the heartbeat of jobs,” she says. “They have such a wonderful reputation and they attract quality people to devote their time. That made it a trustworthy source for me.”

Landed yourself? Let us know so we can share your story, too!