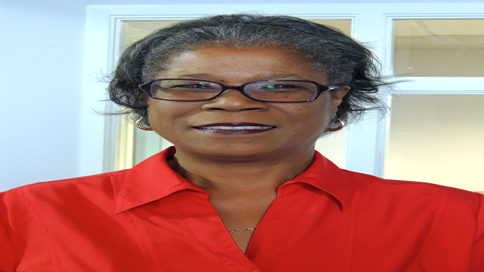 Posted at 16:00h in Success Story by Charlotte Works Staff

Francine Black had been unemployed for four months before coming to Charlotte Works in May. She says staff immediately assured her that she was on the right track toward re-employment.

“I was not just another unemployed client,” Black says. “I received encouragement and access to information about job opportunities which matched my skills.”

With this encouragement, she attended workshops on developing a resume, preparing an elevator speech and mock interviews. She also became active in Charlotte Works’ Toastmasters chapter.

Less than three months after first attending Charlotte Works’ orientation, Black landed as an administrative assistant with the City of Charlotte. She started on July 14.

“The tools provided at Charlotte Works are unbelievable,” she says. “I have recommended their services to several other job-seekers.”

Robert Grooms tried several job-placement services after losing his job earlier this year, but had limited success finding work. His wife, whose employer had participated in a 2013 networking event at Charlotte Works, suggested he give our services a try.

“I was immediately impressed by the professional atmosphere at Charlotte Works,” Grooms says of his first visit to the Employer Engagement Center in March. “It was so different than the job-placement services I had tried. Coming from a corporate work environment, the place made me feel so comfortable.”

He also became active in the Toastmasters chapter and participated in several workshops. He says the skills he learned in Interview Boot Camp were especially helpful in his job search.

His six months of unemployment ended on June 23 when he started as a project manager with Lakeside Project Solutions.

Rosalyn Killian had been working several part-time jobs in retail and customer service to make ends meet when she first came to Charlotte Works in June 2012. She says she was focused on finding a full-time career that would make her feel more fulfilled in her professional life.

“The hands-on approach and ready resources at Charlotte Works made it an inviting and welcoming atmosphere,” Killian says. “I needed to really refine what I wanted to do and how to go about achieving my goals.”

Through one-on-one career coaching and workshops, she found a path to a new career and skills that bolstered her confidence in her job search. On June 16, she started her full-time role as a human resources coordinator with Time Warner Cable.

Brandon Yancey says he needed to redefine his career path and develop a plan for his job search when he came to Charlotte Works in February on the recommendation of a friend saw him struggling to recover after he lost his job.

“I was amazed by the depth and variety of the workshops offered to job-seekers. The resource center makes you feel as if you’re already a professional at an office looking for work,” Yancey says.

After attending several of workshops, he was inspired to begin volunteering and used his experience leading orientation sessions to practice public speaking.

About five months after first coming to Charlotte Works, Yancey started this week as a call center specialist for Convergys!

“Charlotte Works allowed me to believe in myself and prepared me to achieve greatness in my life,” he says.