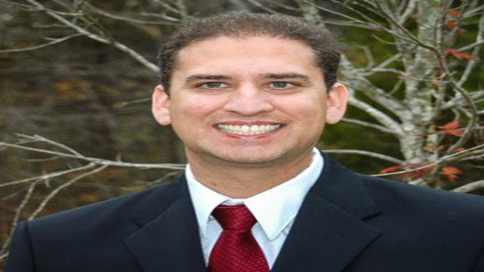 Shortly after Todd Huerta came to Charlotte Works last December, he began spending his spare time volunteering as an English-as-a-second-language (ESL) tutor at Central Piedmont Community College (CPCC). Four months of volunteer work led to his new, paid role at CPCC as a basic skills assessment specialist. He started his job in April.

In addition to using his ESL volunteerism as a networking opportunity, Huerta credits the support of his job-search team and the knowledge he received from Charlotte Works’ resume coaching for helping him land his role.

“Charlotte Works is a great place with a vast amount of resources to find a job in this challenging economy,” he says. “I found the [workshops] very beneficial in learning how to network and conduct a job search.”

Dawn Rennick returned to Charlotte Works several times since first using our services in 2009, when she lost her job during the banking crisis. She has since experienced additional layoffs, but her most recent unemployment lasted just five weeks! She started on July 7 as a consultant/program manager for Insight Global, working at Wells Fargo.

“Charlotte Works is better than the professional outplacement services which companies used to pay top dollar for back in the 1990s,” Rennick says. “The staff offers a wealth of information that, when applied to one’s career, will definitely give them the tools they need to get a leg up on the competition.”

Linda Stokes was unemployed when she moved to Charlotte in March. She was in town for just two weeks before she attended orientation at Charlotte Works and began participating in nearly every workshop we offer. Her perseverance paid off on on July 7 when she started her new role as a guest service agent at the Westin Charlotte.

“Charlotte Works truly cares about all of the clients who walk in the door,” Stokes says. “I would recommend their services to anyone needing to jump-start a new career or get back into work.”

Wendy Wu says Interview Boot Camp and mock interviews were especially helpful in preparing her for a seven-month search for employment that ended in May when she started her new role as an associate Java developer at Delhaize America.

“There are so many resources available to job-seekers that are helpful in the search, both at Charlotte Works and at SNAP (Share Network Access Points) sites,” she says.