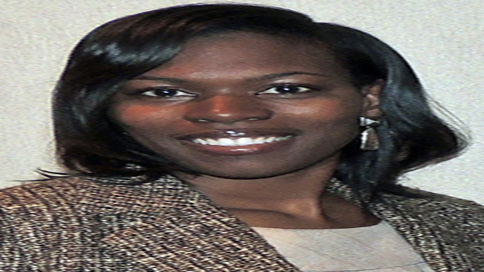 Posted at 17:36h in Success Story by Charlotte Works Staff

Tameran Davenport knew that she needed accountability to redirect her career path from relationship management to business analytics, and she grew hopeful when that accountability materialized through the staff at NCWorks Career Centers.

Last summer, Davenport was part of significant layoffs from a local financial institution. “[The company] did a wonderful job of calling in [Charlotte Works] to meet with us and tell us what they had to offer,” she says.

She visited the W. Morehead Street (WMS) Career Center after hearing about the variety of resources available.

She worked with Career Coach Jeff Adams (WMS), who she credits with pushing her out of her comfort zone. “He said that I had the attitude and credentials to do much more than what I was doing. Jeff would tell me, ‘This would be a great fit for you,’ ‘You ought to try this’ and ‘I’m going to follow up with you to make sure you do it.’ He just got down and dirty with me!” Davenport laughs.

She attended workshops (her favorite was LinkedIn 101) and participated in Working Smart: Soft Skills for Workplace Success. “Working Smart helps you learn yourself and makes you put things in perspective,” she says. “I loved the fact that it gives you examples of what you should do. People say you shouldn’t do this or that, but this gives you an alternative to handle situations.”

Although Davenport received a severance package, she was frustrated that she wasn’t working. And she was caring for an ill husband. But she looks at the 11 months of unemployment as a blessing because, using training funds through the Workforce Investment Act (WIA, precursor to the current Workforce Innovation and Opportunity Act), she was free to help her husband and complete a business analyst certification at UNC Charlotte (UNCC) and a data analyst certification through Central Piedmont Community College’s (CPCC) Regional Effort to Advance Charlotte Information Technology (REACH IT) scholarship initiative.

She also remained positive thanks to the compassion shown by Lavonne Bell, employment consultant (WMS). “She went out of her way to say ‘Hi’ to me, follow up and give me job leads even when I wasn’t talking about it,’” she recalls. “A lot of times we fall by the wayside and get frustrated. We feel like we’re not making any progress, but people here kept telling me, ‘You’re almost there and keep pushing.’”

Collectively, the Center’s resources gave Davenport the extra boost she needed to head into job interviews. In July, she began her position as an analytic consultant III at Wells Fargo.

“Throw your pride out the window and see what [NCWorks] has to offer. It’s invaluable,” she advises.

Six months ago, Larry Smith was unexpectedly laid off from his position as a fulfillment specialist/data analyst at a local law firm. After filing for unemployment, he visited NCWorks Career Center – Forest Point Boulevard (FPB) to meet with Employment Consultant Supervisor Joel Hirschman. Although it was Smith’s first visit to the Center, it wasn’t his first experience witnessing the benefits of its resources.

“My wife, Pauline, was also unemployed and NCWorks helped her go back to school for certification in medical billing and coding,” he explains. “She was already plugged in with NCWorks, so it made it easier for me because I had been watching her.”

Each day, Smith got up, got dressed, packed his book bag and spent hours at the Center. It was important for him to keep a routine, which also included working part-time as a night shift leader at Hertz Car Rental.

“Forest Point Boulevard was great because there would be information posted about different companies that were coming for on-the-spot interviews,” he says.

Express Scripts, a prescription benefit plan provider, caught Smith’s attention, but he missed the application deadline. He registered for a mock interview a few weeks later, and the interviewer turned out to be Jessica Thomas, senior recruiter at Express Scripts.

He walked out of the session and made a beeline to Resource Associate Michael Imbruglia for assistance. “I had seen Mike help people revise their resumes, so I had him take a look at mine. He told me that my resume wasn’t working and he helped me get it done,” Smith recalls. “He gave me pointers and was extremely helpful. This guy was like Houdini!”

In August, Smith received a voicemail from Stephanie Lattimore, manager (FPB), who encouraged him to come into the Center because Express Scripts would be coming back for another round of hiring for patient care advocates. He interviewed on Sept. 2, and was offered the job the same day.

“I was so happy to share the news with Stephanie, Joel and Michael. Everyone was so happy for me. It was like a group effort,” he says.

The offer couldn’t have come at a better time: Smith’s Unemployment Insurance ended that same week. Meanwhile, his wife had completed her certification and was ready to begin her job search. Following in her husband’s footsteps, Pauline also asked Imbruglia to help revamp her resume. She began a new position with Lash Group, a patient support services company, in October.

“I would tell anybody to use the Center as a resource to help you build your resume and cover letter, navigate NCWorks Online and the different job sites. They have been so integral in helping our family get through this time,” shares Smith.