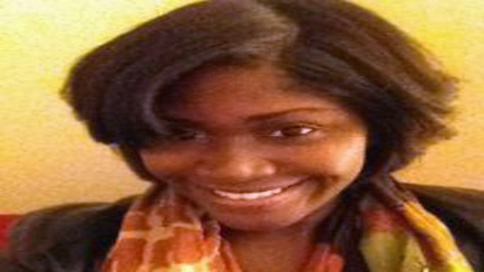 Posted at 17:50h in Success Story by Charlotte Works Staff

When Syreeta Ashford was laid off a year ago as a project manager with Central Parking System/SP Plus Corp., she knew it was only a matter of time before she was presented with another opportunity.

In June 2014, after a friend told her about NCWorks Career Centers, Ashford visited the W. Morehead St. (WMS) Career Center to learn more about the services offered. There, she worked closely with now-Executive Center Dr. (ECD) Career Center Career Coach Anastasia Knight.“ Anastasia was awesome,” Ashford says. “She gave me the goals and confidence I needed after my job lost.”

Her job-search team, led by volunteer Bob DeMers, also helped her think outside-of-the-box regarding the job-search strategy. “I was stuck in my ways of doing things with my resume and where I was looking,” she says. “My team helped tailor my resume and told me about companies that I might not have looked into.”

Ashford went beyond looking on the major search engines to take advantage of NCWorks Online to see unique job postings and research employers.

When she learned that she was eligible for training through the Workforce Investment Act (precursor to the current Workforce Innovation and Opportunity Act), she enrolled in project management training.

Ashford also worked a retail job at Ann Taylor clothing store while applying to jobs in her field of parking and transportation.

In September, she came across a position as an operations manager with the City of Miami Beach. She applied and landed the position in May.

“I have an MBA, and it still took a year to get back in my career field,” Ashford says. “The job search has changed so much over the years, and you can’t get complacent with what worked in the past. NCWorks Career Centers are a great resource that will help your career development in so many ways.”

“I was deployed overseas for a year while I had a full-time [civilian] job. I came back to a pink slip,” Paul Bill recalls. “My company said that they downsized and I was part of the group that was let go.”

Bill, a retired U.S. Navy officer who transitioned to business development, found himself unemployed, but wasted no time starting his job search. A domino effect led him to NCWorks Career Centers.

He only knew three people in Charlotte since his previous job required a lot of travel. However, in his travels he discovered that getting involved in a church was a great way to meet people. In February, Bill visited Providence United Methodist Church and learned about its weekly job-search ministry, where he met job-seekers who referred him to other area churches with similar resources. During one of these meetings, Bill learned about NCWorks Career Centers and visited the Center at W. Morehead St.

He attended more than six workshops focusing on topics ranging from interview techniques to personal branding and participated in Ross’s job-search team. Additionally, Bill also worked closely with Knight to create a plan and focus on target companies.

“The workshops and job-search team gave me momentum. There were things I wouldn’t have gotten otherwise, like details on career fairs that I learned about from a job-seeker on my job-search team,” he says.

His job-search activities at the Center were only part of the tools in his toolbox: he also networked through associations such as Business Leaders of Charlotte (BLOC) and Business Executive Networking Group (BENG).

What really kept Bill motivated during his transition was volunteering at a local men’s shelter. “During my job search when I felt like ‘man, another rejection letter,’ I went to the men’s shelter and helped to serve dinner,” he says. “I watched 250 guys come with only a few possessions and I thought ‘I got it bad?’ It gave me perspective and I left there feeling charged.”

During an interview for a position at CBH, he learned about a second veteran employment and education specialist position at Charlotte Works. “I read the job description and felt like I was a perfect fit,” Bill says.

He applied that same day and joined the staff in July. In his new role, he provides employment-readiness, coaching and support to veteran job-seekers (or their spouses).

Thinking back over his five months of unemployment, Bill offers these words of advice to other job-seekers: “NCWorks Career Centers have a plethora of resources and they should be exhausted before anyone thinks it’s time to give up. The staff is there to help you be successful and get a leg up on the competition.”

If you spend any time talking with Chris Henderson, you’ll quickly learn how his life experiences contribute to the smile that is almost always on his face. He says that it was during tougher times in his life that he learned to persevere through hardships and realize that “every cloud has a silver lining.”

Nearly 30 years ago, Henderson tried to commit suicide. “When I was 17, I shot myself with a shotgun and died twice on the surgery table,” he recalls.

Left with a large scar across his chest and limited function of his right arm, and through a healing process that included sharing his story, Henderson chooses not to have any more bad days.

Through the years, he put his handyman skills to work as a jack-of-all-trades. And for nearly a decade, he’s been an independent contractor who’s owned a line of box trucks and a courier service. When his last contract ended in February, Henderson found himself unemployed.

“I’m the type of person who can do anything,” he says about how he spent four months of sudden free time. “I did odd jobs like detailing cars, and I can fix just about anything in a house.”

In March, his wife, Stacey, encouraged him to visit the NCWorks Career Center at W. Morehead Street (WMS), where she works as a talent engagement strategist. There, he got advice on updating his resume. And there, she learned through another client that truck manufacturer Daimler was hiring.

Shortly after submitting his revamped resume on NCWorks Online, Henderson was hired in the paint department. “I got in there and just loved it,” he says.

But what he loves most is uplifting those around him. Henderson is also an ordained minister, and after being on the job for two weeks, was offered the role of shift chaplain.

“My department has prayer every night at 10:15 p.m. before we start working. If I can lighten the load of someone who is going through something, then that makes my day,” he shares. “I turned 17 and lost a limb. These are the cards that I’m dealt so I deal with it. If there is something you want to do, you’ll find a way to do it.”

Last summer, Lori Nunn learned that she would be one of 540 associates laid off from Bank of America. It was through the company’s efforts to help impacted workers that she first heard of NCWorks Career Centers.

Bank of America reached out to the N.C. Department of Commerce and Charlotte Works’ Rapid Response teams, who coordinated multiple virtual meetings for bank employees prior to the transition. Center staff and volunteers led online workshops explaining a variety of topics ranging from job-search strategies to understanding unemployment insurance. The team also organized a “talent showcase” exclusively for the displaced workers to meet with representatives from 34 local employers.

After hearing her options, Nunn visited the Career Center at W. Morehead Street in November. She attended an orientation to learn more about the WIA and to find out if she was eligible to receive training funds to learn a new skill. Deemed eligible as a displaced worker, Nunn worked with Tasha Williamson, training coordinator (WMS), to enroll in project management courses at Central Piedmont Community College (CPCC).

“My goal was to complete the Project Management Professional (PMP) program at CPCC and then pass the certification exam,” says Nunn. “I decided that I would not focus on a job until I met these two goals.”

Achieving those goals didn’t come without some challenges: she completed the PMP program but faced a minor setback when she failed her first attempt at the certification exam in May. But Nunn was determined to pass. Two weeks later, she tried again, and this time she was successful.

Now ready for her job search, Nunn used NCWorks Online to search employers and what they were looking for. “I set up job agents with the companies I really wanted to work for so that I would get an email when new positions were posted,” she notes.

Nunn thought that also earning her business analysis certification would give her a competitive edge. “When I was in transition, I saw many positions where companies were looking for someone who had both skills, so I decided to get both certifications.”

In late July, Nunn received a job offer from Ally Bank as a servicing transfer analyst II, which she began on Aug. 3. She put her plans to earn the business analysis certification on hold.

“Anyone who receives funds to complete the PMP or business analysis certifications needs to know that they are being given a great opportunity and should take full advantage of it. NCWorks Career Center is a great resource for displaced workers looking for training, job-search assistance and resume-building,” Nunn says.

After leaving his development position at Center City Partners in 2013, Mark Williams viewed his transition with optimism and as a time to ignite his creativity rather than with the anxiety, fear and frustration that often accompany a job loss.

Through his networks, Williams heard about NCWorks Career Centers and visited the Career Center at Forest Point Boulevard last year while continuing to network and work part-time jobs.

He also established Shakespeare In A Chair, a youth literacy program that focuses on the works of William Shakespeare. The idea came about while Williams was waiting to get a haircut at a local barbershop; now the Bard’s works are taught weekly to youth at the same barbershop.

This January, he began attending weekly job-search team meetings at W. Morehead St. led by volunteer Howard Ross. “I thought being part of a job-search team was beneficial because we combined the power of the group to share ideas and strategies,” Williams says. “Howard was the first person I told when I landed.”

In May, Williams began a new position as director of business development at Throwing Words, an organization that helps companies to improve employee productivity.

He thought so highly of the assistance he received at the NCWorks Career Center that he often refers job-seekers to a Center to join a job-search team.

Williams also credits Brenda Jefferson, receptionist (WMS), for being supportive each time he came into the center. “She was great about not making me feel bad by always saying hello and asking how I was doing. She had sort of that motherly feel,” Williams recalls. “You can play some mind games on yourself when you’re not working. It was great that she was the first person I saw when I came in every few days.”