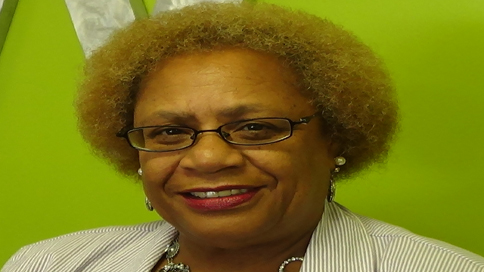 Posted at 17:26h in Job-Seeker by Charlotte Works Staff

Janet Kirkpatrick doesn’t yet know what her next professional opportunity will be, but she knows she’ll be closer to being computer-ready for it whenever it presents itself.

Her 33-year career as a registered nurse in the medical intensive care unit and Carolinas Medical Center-Mercy ended when she broke her leg in November 2011. “It was a long, complicated break, not your average ‘break-your-leg’ break,” she says. Following surgery and a lengthy and painful recovery (that’s ongoing, she notes), she used up her medical leave. Her doctor allowed her to return to work, but with restrictions on the lengths of time Kirkpatrick could walk, sit and stand.

The hospital system placed her in a 90-day work program, but at the end, told her there was not an available position that could accommodate her medical limits and let her go. She’s received disability payments since.

In June of this year, the insurance company representative assigned to Kirkpatrick suggested that she take computer classes to increase her employability and referred her to the South Boulevard JobLink.

“I’ve been full-speed ahead ever since,” she says. “I’m learning the basics – there’s so much I don’t know! I’ve taken all the computer classes they offer. It’s a wonderful opportunity for me because it’s free. I’ve learned something in every class I’ve taken.”

So far, Kirkpatrick has completed Microsoft Office basics and internet basics (levels one and two for both) and the level-one Excel basics classes.

Gloria Ron, program support specialist at the South Boulevard JobLink, says Kirkpatrick has been an eager student. “She’s very responsive to learning and quickly grasped the programs,” she says.

Kirkpatrick has nothing but praise for the JobLink staff and has already steered several people there for job-search assistance. “The people are courteous and helpful. They give you personal help and make you feel like they’re here to help you,” she says. “I wish more people knew about it. I would never have known, if not for the insurance lady, and she’s not even in Charlotte!”