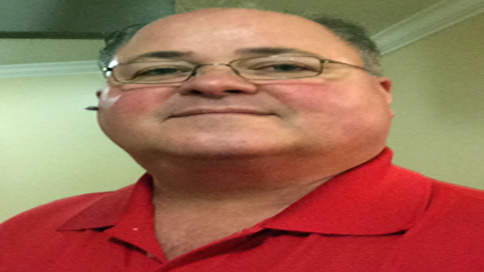 Posted at 16:52h in Success Story by Charlotte Works Staff

Former Polish president Lech Walesa once said, “It is hardly possible to build anything if frustration, bitterness and a mood of helplessness prevail.”

Former Charlotte Works’ client David Engler most likely would agree with his sentiment.

He was referred to Charlotte Works in July by board member Robert Fish after losing his sales position with a moving company early last summer. His background is in substance abuse and addiction counseling, and Engler was “under the naiveté that getting another job would not be that much of an issue. After six weeks, reality set in.”

“It was head-and-antlers above anything else, which is interesting because this was the one thing I was most resistant to,” he recalls. “You have to make a real commitment. And I was bitter; I wasn’t looking for anyone to give me advice. I was just pissed off. I wasn’t ready for a weekly pep rally.”

What Engler found, though, was the support he didn’t realize he needed.

“Where Howard and the group helped me so much was to change the dynamics of the interview, not showing up with this contrived document we call a resume and holding your hat in your hand,” he says. “You need to go in from a place of strength. Is this a good fit for you? Can you contribute? This perspective really paid out for me because after two weeks of interviewing, [the owner] touched on the fact that I was very confident and comfortable in my own skin.”

Engler pursued the typical tactics that most job-seekers take: he looked in the newspaper and “all over the Internet;” told everyone he knew that he was unemployed and looking; and used South Carolina’s version of NCWorks Online. He found each of these to be somewhat unproductive.

But in November, he got a call from someone in his network, asking him to interview at an insulation company at which the contact had just been hired in an operations position.

“I thought, ‘this isn’t glamorous,’ but I had two things going for me. One, I was used to people lying to me, asking questions that were contrived and then nothing would come of it. So I didn’t go in with high expectations,” Engler says. “And two, Howard taught me to walk in there with my head up, not from a position of begging for a job, but asking direct and specific questions, learn as much as you can and tell your story – which I did.”

The owner of Standard Insulating Company bought a 40-year-old, bankrupt company and sold all the assets but three trucks and three crews. He’d grown it to a $1-million company and wanted to take the business to $5 million in five years. Engler, as sales manager, would be only his third hire.

“My impressions of him were good. He was very ethical and very concerned with doing things right and that was very, very important to me,” says Engler. “At the interview, he said he’d call me in two days, which he didn’t. But he called me two days after that with an apology. He’d been delayed because he’d gotten a huge project.”

Standard’s owner asked Engler to meet with his mentor, who was impressed with Engler’s questions and recommended the owner hire him immediately.

Then they started talking money. The owner offered Engler a company truck, credit card and phone – and a base salary $5,000 less than what Engler was willing to accept, with a promised increase when he starts actually selling later this spring. After some negotiation, in December Engler landed the job, complete with perks and desired salary intact.

“He recognizes that I can help him with marketing, with human resources because I ran crews before. I can help with customers because my counseling background can help diffuse situations,” he says. “And he likes that I have ideas to grow the company, as opposed to just being a salesman.”

Ross says Engler needed to leave the past behind and accept that he had to move on to embrace a new challenge. “It is enormously difficult to accept change and deal with a new and unfamiliar structure, and he did it,” he says. “David had no choice and he realized that. He had past success in his life that he could draw on and recognized he was on a journey and was willing to seize it.”

1. Get real. Get honest. Get detailed. Get an assessment of yourself and your skills on a piece of paper.
2. Identify what you really like doing. It may not be job-related at all; when are you the happiest? Start digging out what you really like about that, and then go the other direction: what bums you out?
3. Overlay your skills with your likes and dislikes.
4. Seek suggestions from others based on what you learn.
5. Develop at least three resumes that highlight the skill sets that move you to what you enjoy doing most.
6. Treat Charlotte Works like a job: “If you’re not here two to three times a week, then you’re not using the program. Even just plugging your computer in in the resource center, even the act of getting dressed and coming in here changes your perception.”
7. Start writing a list of everyone you know going back five years. Put together a brief email that doesn’t include your resume but that does let people you know that you’re looking for a job and what kind of job. Ask them to connect you.
8. Get business cards. “You have to give them to anybody and everybody you talk to.”

Want to join one of Charlotte Work’s job-search teams? Check the Events calendar on NCWorks Online for availability and register to attend.